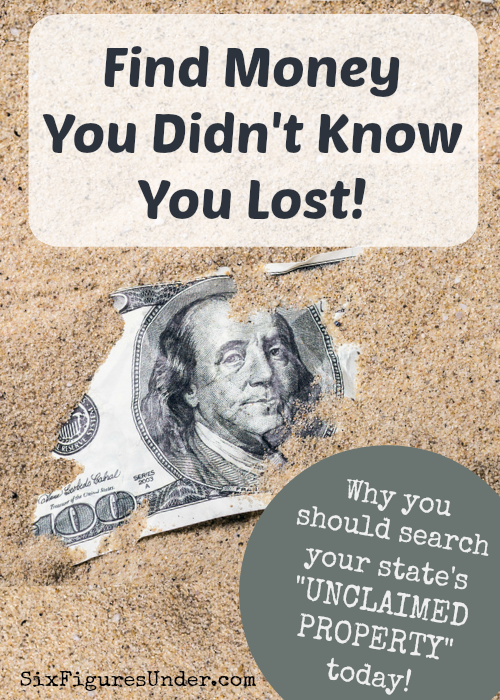 Can you imagine a lost and found that has millions, even billions, of dollars in it?  Neither can I.  Yet every state has a lost and found like this.  It’s the unclaimed property division, a part of the state treasury or controller.

The billions of dollars of unclaimed property is spread out among everyday people like you and me.  The problem is most people don’t know about it.  Surely if we knew we lost hundreds or thousands of dollars, we would quickly claim it.  Heck, I’d willingly claim anything with my name on it!

According to Missouri State Treasury, 1 in 10 Missouri residents has money owed to them, averaging $300 per person.  The state of New York, has over $14 billion in lost money and so far in 2015, only $425 million has been claimed and returned to its rightful owners.

Those dollars have people’s names on them.  They just don’t know it!  And more unclaimed money gets delivered to the state each day.

Where does unclaimed property come from?

When businesses, corporations, associations, and financial institutions have been unable to contact the owner and there has been no account activity for a period of time (generally three years, though the laws vary), the holders of the property (and by “property,” we usually mean money) are required to report and deliver it to the state for safekeeping until the owner or the owner’s heirs are found.

Examples of unclaimed property include:

Can there really be money you don’t know about?

I know what you’re thinking. If you are someone who keeps pretty good track of your money (especially the money that’s coming in), then you probably wonder How could someone “lose” money or have money they don’t know about?  I wondered the same thing.

Many times money is lost when there is a change of address or a death.  Other times people just forget about a check and it never gets cashed.  Some people may just not know that they are the beneficiary on someone’s insurance policy.  Heirs and beneficiaries can be tough to track down.

As an attorney who does estate planning and trust and probate administration, my husband directs his clients to search for any unclaimed property left by the person whose estate is being administered, as well as any property left by a spouse who predeceased the current estate.  He further advises that they check again a few years after the death, since the death itself is often a cause of some property being lost.  Some of his clients have recovered a whole lot of money for the beneficiaries of the estates they are administering.

Search for yourself, but don’t stop there!

I first searched my own name (married name and maiden name) in all five states that I have lived in.  No dice.  Then I searched my husband, which again turned up nothing.  I did find about $2,500 owed to my father-in-law (owed to his business), nearly $1,000 owed to another family member, over $100 owed to my brother-in-law, and smaller amounts owed to others in the family.

Out of curiosity, I looked up my grandpa who died earlier this year.  I would have expected that all of his unclaimed property would have been taken care of along with his estate, but I found that he is owed two vendor checks from Ford.  It’s not tons of money, but it’s worth a couple of minutes of time to claim it.

Look up your friends and family too.  It’s pretty exciting to be the bearer of good news!  You’ll also want to look up deceased parents or anyone to whom you are a legal heir.  Even if the estate was already distributed, finding more property can trigger additional distributions. In many states, the unclaimed funds will be sent directly to the heirs who sign an affidavit of their right to receive them, without ever going to court or re-opening a formal estate administration process.

How do I find out if I have unclaimed property?

Every state’s treasury department has an unclaimed property division.  The state holds the money until the rightful owner claims it.  There is no time limit or expiration on how long they are allowed to hold the money.  They will safeguard that money until the owner or the owner’s heir claims it.

To make it easy for you, I have put together a direct link to each state’s unclaimed property division website where you can search to see if you or a relative is owed money.  Every search tool is a little different, but generally you will provide at least the last name, then you’ll be able to look through a list of results which include the first name, an address, the company that owes the money, and often the exact sum of money (sometimes an estimate like “less than $100”).  This information will give you the clues you need to know if the property is yours.

Claiming and retrieving your money from the state is free and is a simple process.  Go straight to the source and beware of people or companies who offer to “help” you get your money for a fee.

People you know have money owed to them too!  Wouldn’t you like to be one to direct them to it?

« Can You Really Get Refunded for Cell Data You Don’t Use?
Giving Practical Gifts (and a printable poem) » 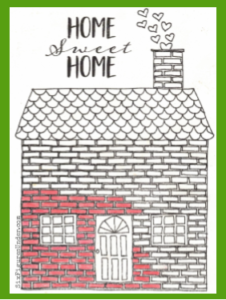 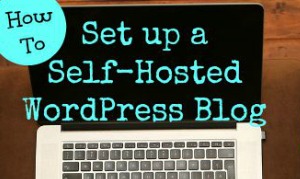