You are here: Home / FRUGAL LIVING / Frugal Fresh Start CHALLENGE / Get Creative and Lower Your Bills

Here’s something to think about. There’s a word that’s been costing you money!

That word is “fixed” as in “fixed expenses.”

When I say “fixed expenses” what’s your first impression? If you’re like most people, you associate “fixed” with words like “unchangeable,” “permanent” and “unavoidable.” That’s why this word is costing you money! A fixed expense is absolutely not unchangeable or unavoidable. It’s just an expense that’s the same amount every month. Today we’re going to show “fixed” who’s the boss. We’re going to unfix our fixed expenses and save a bundle in the process.

Look through the budget you made and identify which of your expenses are completely predictable—the same amount every time. They don’t have to be every month either. Don’t forget fixed expenses that come every six months, like property taxes, or yearly, like subscriptions or annual memberships.

Ok. So, you have a list of all your fixed expenses.  Look at this list and realize that none of these are unchangeable and permanent.  As a matter of fact, there might be some things you can get rid of right now!  Look carefully at your list, one by one, and ask this question: “Is there any item on this list that is less important to you than your big six-month financial goal?” What about a Netflix or DisneyPlus subscription? What about Amazon Prime? A newspaper or magazine subscription? A gym or club membership? If you find a fixed expense you can cut out completely, do it! Today’s a great day to reprioritize your spending.

Do You Want to Get a Little Extreme?

Maybe you just cut an expense out of your budget entirely. That would be awesome! Let’s go back to that idea just for a moment, because for some of you, cancelling Netflix is not going to be enough. For some of you, it may be cancelling a car payment and an insurance bill, by selling a car. It might be cancelling your curbside waste pickup and driving your refuse to the dump every month or so. It might even be cancelling a mortgage payment and homeowner’s insurance by selling your house.  Does that sound extreme? For people tinkering around the edges of their budget, yes, that’s going to feel extreme. But extreme budget cutting might be just the thing for two groups of people.

First, some of you are in a financial emergency. We hear from you and it breaks our hearts, because we know it’s so hard. If you are in a financial emergency, you need to take emergency measures. What exactly that means for you is your decision, but don’t take anything off the table without serious consideration. Would it help to move? Would it help to sell a vehicle? That might be what it takes.

The second group that should consider extreme measures is people who are laser-focused on a big financial goal and decide that they are willing to give up conventional comforts to reach their “why.” That was us, as we focused everything for three years on paying off $144,000 of student loans, living rent-free in an unfinished basement generously offered by family, driving our old, uncomfortable cars into the ground, hauling our trash to the dump, and dropping every expense that was not absolutely necessary.  If you’re in this group, go to town! Cut as much as you can, and have fun with it! Believe it or not, it’s actually kind of fun.

For many of your fixed expenses, though, you’ll probably not be cutting them competely. We’re going to try to reduce them instead. How do you do that? There are two ways. You either shop around, or you just ask.

We’ll start with shopping around. For example, we have some dear friends who each have their own cell phone, and pay $90 a month for their service. That’s $180 a month for cell service for their family of two! This is an easy fixed expense to reduce. Without even working hard, they could switch to a plan that costs less than half that and covers them both with unlimited data and new phones. Working just a tiny bit harder, they could sign up for Republic Wireless, or Mint Mobile, or Ting, and cut their family bill by three quarters to about $40 a month. That expense would stay fixed, but would be fixed at a much smaller amount, and they would have over $100 a month to do something else with.

Get out your workbook and look at Day 8. You made need to print extra copies of the research page, or just make your own version on a piece of lined paper or on the computer. For each expense, write what the expense is, how much it costs, and then do some research. Could the expense be eliminated entirely? If not, how much do the competitors cost? Are there differences in the competitors’ offerings that make them more or less attractive?

Do this for each expense and you might be amazed at how much you can unfix your fixed expenses.

Sometimes, the competitor is actually just a different offering by the same company! For example, when we first moved into our home, it didn’t have Internet access. We paid Comcast $5,000 to extend their cable internet lines to our house, and then paid them $70 monthly for Internet access. The only other option would have been to build a tower about 55 feet high so we could pick up signal from a fixed wireless antenna, because the direct line of sight is obscured by terrain.  So there really isn’t an option besides Comcast for our internet. But after the introductory offer of $70/month ran out and Comcast tried to switch us to an $80 plan, we looked again.  It turns out that in the meantime Comcast had started offering a plan with only slightly slower speeds for $65/month. Ten minutes later, our monthly bill had gone from $80 to $65, an annual savings of $180. That’s not going to break the bank, but $15 a month for every month here on out is a nice result for just a few minutes of research and another few minutes to log onto the Comcast web site and make the change.

And that’s one of the great things about lowering your fixed expenses. Once you fix them at a lower amount, they keep staying lower, every month, freeing up cash to budget for other priorities each month without any additional work on your part.

It’s worth it to look at competitors and shop around. Why on earth would you pay more, unnecessarily, when you could get the exact same thing for less and use the extra on something that’s more important to you than your monthly bills!?

And don’t forget the biggest expenses. We just recently refinanced our home, moving from a 15-year fixed mortgage at 3.625% interest to a 15-year fixed at 2.875% interest. That’s a savings of a thousand dollars a year, at a total cost of about six hours of research, application, document review, and signing. Just be careful. Many of the so-called no-cost refinance loans out there are plenty costly; they just roll the costs into the new loan where you pay interest on them for the rest of the loan, instead of paying the costs once out of pocket during the refi.

But shopping around isn’t the only way to lower your bills. Sometimes, you can just ask. This can go hand in hand with shopping around, or be its own separate strategy. Our first experience with reducing bills was just a few months after Stephanie and I were married. We were leaving our little apartment for an international internship and I called the phone company to cancel our phone and internet services. As soon as the representative heard me use the word “cancel,” the better deals started pouring in.  It turns out that with just a simple phone call we could have saved $20 each month on that bill. We couldn’t do much about it that time, since we were really leaving the country, but we’ve carried the lesson with us since then. Rates are negotiable! Sometimes you can just ask.

I highly encourage you to call at least one of the companies you regularly pay a fixed bill to and say something like this: “I have been a loyal customer for X years and really like your service, but I feel like I am paying too much.  I get offers in the mail about signing up for other providers at much cheaper rates.  I would like to stay with you if it’s possible.  Is there anything you can do to lower our rate?” If they say yes, then boom! You just got paid, every month, for that one phone call you just made.  If they say no, you’ve lost nothing. You will probably never meet the customer service rep you talked to. They won’t call you out as a cheapskate at your next social gathering. You gave it a shot. That’s all you needed to do.

See. That wasn’t so bad. Now do the same with the rest of the companies you pay fixed bills to.

If you live in an area without much competition, you can still lower your bills by asking.  If you have been a faithful customer for any length of time, you could call and let them know that and ask if you can have your rate lowered for being a loyal customer.  Especially when faced with the chance of losing you as a customer, companies will respond.  If you are considering dropping the service altogether, you can let honestly them know that you are planning to cancel your service if you can’t get a lower rate.

Keep in mind that you will have the most success by being honest, patient, and polite.

Don’t Be Afraid to Switch

Sometimes we just get in the habit of paying our bills without thinking twice about them.  Sometimes we know we are overpaying, but we’re too lazy to do anything about it.  Now is the time to do something about it!  Remember that goal!  If there is a better deal out there, don’t be afraid to switch!  You will thank yourself each month for the savings.

You Can Do It!

If you need more motivation, take a look at this article, where I give four real-life examples where people reduced their bills just by asking, literally saving thousands of dollars!

Look at your fixed expenses with new eyes and figure out how you will eliminate or reduce them. Research competitors, call and ask for the best possible deal, and don’t be afraid to make a change. You could save tens, hundreds, or thousands each month!

Let us know how it goes in the comments. That can be both exciting and really helpful for others trying to reduce their expenses too.

Note: This post contains my affiliate link.  For more information, please see my disclosure policy.
« Setting Up Your Budget Using the YNAB Methodology
Save Money on Utilities– How to Reduce Gas and Electric Bills » 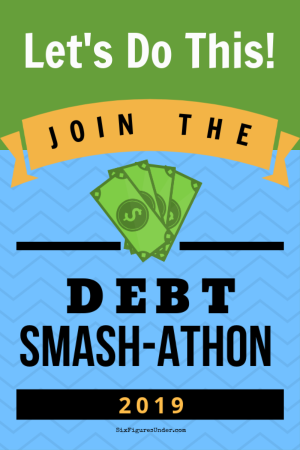